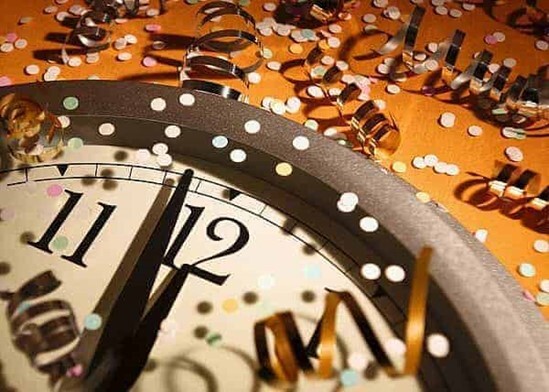 With some debate on the internet (a lot of debate!) there is an average of 39 time zones in the world. This means that each New Year celebration may actually last for days around the globe. Some communities also ring in the New Year, weeks or even months before most others, based on their own harvest season, calendar, or astrological beliefs. I skimmed some interesting celebration techniques from countries all over, courtesy of https://greenglobaltravel.com/celebrate-new-year-traditions-around-the-world/.

Here are some I’d love to experience, and some I’m OK if I never do!

Nothing says “goodbye” to something like straight up tossing it! In Argentina, confetti is made from shredded documents and scattered out windows to celebrate the new year. Italy throws home decor out their windows, usually things like cushions or pillows. This symbolizes their “fresh start” for the New Year. While neighborhoods in Johannesburg, South Africa, throw old furniture and appliances out windows….. from tall buildings! (Deep freezer, anyone?)

Us humans have some pretty inventive and interesting ways to party! Denmark breaks old dishes on friends front doors. They’re left for a while so others can see who has the most buddies by the amount of busted glass. Iranians jump over bonfires, the Swiss drop whipped cream on the floor and leave it there. . . and Estonians serve up to twelve meals per person based on the “strength” of that many men or women they’re thought to have.

Austria hides lucky charms inside suckling pigs for feasters to find, while Puerto Ricans are chucking buckets of water out windows to do away with last year’s bad vibes. Russian children receive presents from “Grandfather Frost” at midnight, a celebration started on New Year’s since Christmas was banned during the Soviet era. And what’s weird to me, is the unusual number of traditions around the world that have to do with underwear. . .

No matter how you celebrate the coming New Year, there’s more than enough methods to do it in style, and hopefully not the hospital. Visit https://greenglobaltravel.com/celebrate-new-year-traditions-around-the-world/ for many more ways in which our world neighbors entertain.

Thanks for everything. You guys have been great!