What the Federal Reserve’s Interest Rate Hike Means for You 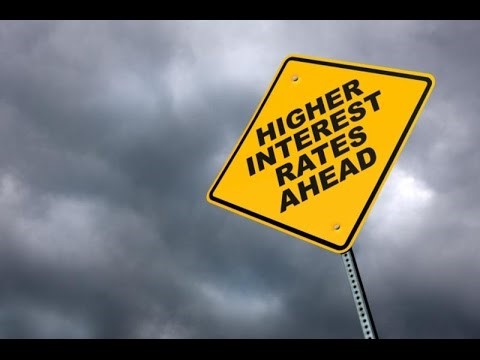 During the Great Recession one of the tactics used by the U.S. economy was an unprecedented move to lower interest rates to near zero, and Americans haven’t seen interest rates much above zero for a decade now. You might be asking yourself, how does a rate increase affect me? A rate hike aftermath falls into two camps, the savers camp and the spenders camp. Lower rates are great for people and companies that want to borrow money, but low interest rates can be problematic for people who are trying to save.

The Savers Camp: The rate increase is good news for people who have a lot of money in savings, but the rate increase has been slow. Typically, banks have offered savers a better rate of return. According to Bankrate.com, the average CD rate is just 0.5% and prior to the recession rates were closer to 5%. The Federal Reserve faces a challenge over how quickly to raise rates this year, and in the coming years. If it raises rates too quickly, it could cause the stock market and the U.S. economy to slow down too much. But if they lift rates too slowly, it could trigger another economic downturn.

The Spenders camp: If you have a lot of debt, or are looking to take on more debt, the increase to interest rates on financial institutions gets passed on to you, the consumers. The interest rate you are paying on your credit cards, auto loans, and home mortgage loan, could all go up. Credit card debt in particular, often comes with a “variable” rate, and that rate will rise when the Fed’s inevitably increase rates. That might be a hard pill to swallow for many consumers, considering that credit card debt is at an all-time high. The average credit card rate is up one percentage point from a year ago, according to CreditCards.com.

You can see that what the Federal Reserve does has wide-reaching impact that goes far beyond Wall Street. Economist largely agree that the U.S. economy is looking very healthy right now, and increased rates is a signal of continued economic strength…and for all you savers out there, that's a reason to celebrate!

*Employees of LPI Loans and our affiliates are not attorneys and LPI Loans DOES NOT provide any legal advice and users of this web site should consult with their own attorney for legal advice.

LPI helped me with my security deposit on my apartment, and they did a loan in time for my Daughter's wedding dress. They saved me when I needed 2 loans with no credit, and gave me the credit and personal security I needed. Very friendly people. Highly recommend them.